Marva Jackson Lord has been living in the UK for just over 17 years, drawn like so many others by love. The love is a Welsh Englishman named Stephen Lord; they make their home now in the Brecon Beacons on the border between Wales and England. They met when she was living in Toronto, but she grew up in Goderich, Ontario. Her parents immigrated from Jamaica in the 1960s. When not writing poetry, which she has been doing since childhood, she works from home as a digital media consultant. She also runs a small holiday cottage, which she makes use of during the poetry event that she organizes: the Griots Poetry series in the Spring, Summer and Autumn, held at Tomatitos, a tapas restaurant in Hay-on-Wye. The series features a visiting poet and includes an open mike for local writers. Her thoughts on Wales and the Caribbean can be found below her poem “griot.” Her debut poetry collection, Landscapes, will be released both digitally and in print in Spring 2016. 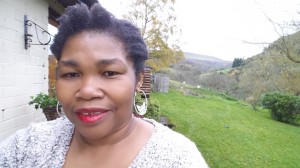 Marva Jackson Lord says her poem “griot” was inspired while reading an Anansi story. Anansi is the spider tale-teller that originated among the Asante in Ghana and made its way to Jamaica via the slave trade. Today Anansi can mean folktales, a concept appropriated by others, such as House of Anansi Press. A griot is also a storyteller or spoken word artist (for their more social roles, see links below). Since Christmas, especially here in England, is a time of telling stories (the English like their ghost stories at Christmas), and in Canada a time of gathering the family and telling the oft repeated teasing tales about each other, I think this poem is very suitable for the winter solstice.

as ancient
as the aged tree
she leaned against

after the meal
she gathered
her words

of goddesses and sheroes
gathering

she imaged
a healing telling

from tomorrow’s
reverie, seated
under branches
in a newly grown forest

spinning futures
where equality
is reality

Wales has a strong connection to Jamaica through the history of slavery, with the Welsh Admiral Henry Morgan stationed there and through his role as a buccaneer and acting lieutenant governor. Wales is home to the oldest Black community in the UK, based in Cardiff. When I first moved to the UK, sometimes I felt as though I was living in a Sci-Fi story, losing or gaining social and cultural time or space — mostly because, although the language spoken is English, I would find myself becoming aware of differences in how people speak English across cultures, much more than I did in Canada. I also became more conscious of the subtle linguistic relationship between different British dialects and Caribbean speech, something I had studied as part of Caribbean history. When I first heard a Welsh person speak, but in a separate room and unable to see the speaker, I could have sworn I was listening to a Jamaican person.
I produced the first major Black History event in Powys in the hope that it would be a source of cultural inspiration. 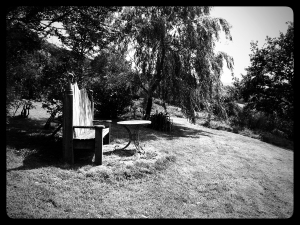 ©Marva Jackson Lord for poem and all photos.