I met Beth Powning at a literary lunch at the Canadian High Commission, which was held on the top floor, with fantastic views of Trafalgar Square and environs. Before the renovation of Canada House, this room was used for storage. Now the Sir Wilfrid Laurier room is an elegant place to sit down to lunch with a bunch of interesting writers and their admirers. The authors from Atlantic Canada were on their way to Blenheim Palace for a literary festival. While I would have been pleased to write about Michael Crummey, Sue Goyette and Serge Patrice Thibodeau, only Beth Powning mentioned having lived abroad. What a pleasure to meet her: charming, interesting, and happy. A photographer and nature lover, Beth Powning has been steadily writing from New Brunswick. But not always. She’d lived in England from 1976 to 1977. 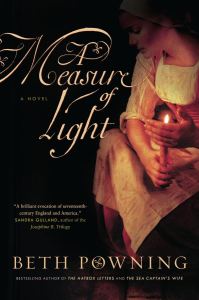 Powning’s most recent novel is A Measure of Light (Knopf Canada 2015), which is included in The Globe and Mail’s 100 Best Books of 2015. Her novel, The Sea Captain’s Wife (Knopf Canada 2010), was longlisted for the International IMPAC Dublin Literary Award and named a COSTCO’s Buyer’s Pick, as well as a Barnes and Noble Discovery Award Book. They were preceded by the novel The Hatbox Letters (Knopf Canada 2004), and the memoirs Edge Seasons (Knopf Canada 2005) and Shadow Child (Penguin Canada 1999). Her non-fiction Home: Chronicle of a North Country Life (Penguin Canada 1996 as Seeds of Another Summer) has been re-released by Goose Lane Editions (Fredericton, NB, 2014). −DM

Home Under Our Umbrellas by Beth Powning

My husband, Peter, and I, aged 27, left our farm and pottery shop in New Brunswick, Canada. We drove to New York, where on June 2, 1976, we boarded a rusty Soviet ship, the Mikhail Lermontov. It took seven days to cross the Atlantic. On the morning of our arrival, I went on deck at daybreak to see the hammer and sickle flag hanging limp as we sailed slowly up the Thames. Bridges, spires and turrets stood black against a flushed, pink sky.

Once embarked, we spent a few days securing a place for Peter at the Croydon Institute of Design and Technology, where he would start a course on ceramics research and development in the autumn. I needed only a place to write; I planned to complete a book-length manuscript of short stories. We bought a used Morris Estate – green, with a crank handle – stored our belongings, and headed out for a summer of wandering, eventually finding our way, in that summer of drought, to a rocky field overlooking Castlebay in the Outer Hebrides. In the cool, limpid air, we camped for weeks, waiting, it seemed, for our lives to begin.

In the fall, we returned to London and settled into a flat in Croydon. I wrote in my diary: “I do worry about the damp.” But there was a garden, with a white cat and a bit of sky. A bedroom in a cinder-block addition. Twice a day mail delivery. Milk left on the doorstep, and coal dropped down the chute by a man wearing a leather jerkin and a blue tie.

At first… oh, there’s always an “at first” in these accounts, isn’t there? Still. At first, I was deeply excited by all that a vast city has to offer.

Diary, 1976 – At the National Gallery, an exhibition — “Young Writers of the 1930s” – Auden, Isherwood, MacNeice, Lewis. ‘Electrically hateful’ Nazis, the Spanish Civil War. I got a lump in my throat of recognition and longing, as I had a sense of work-in-progress and writing to publishers and arranging books of verse…. After supper, a piano recital. A link with past lives … I could sense Schumann and Chopin. Home under our umbrellas.

My courses at Goldsmiths and the City Lit were stimulating. “Mythological themes in literature” at City Lit, “English Literature” at Goldsmiths (University of London). Aside from studying, I had nothing else to do but to write. Story after story, sitting in the silent flat, listening to the tick of burning coal, making pots of tea. I sent the stories away, and when they were returned, as most of them were, I ironed the pages (yes, really) and sent them away again.
Peter spent his days in a studio, surrounded with people making things — but I spent my days alone, writing, reading, or walking in the nearby park, where worm castings studded the grass and pansies endured in black soil. This was the life I had imagined, as lived by Virginia Woolf, the Paris writers, Canadian authors abroad…. 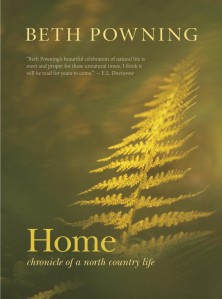 Every Saturday, we took the train to London. At the Battersea Power Station, jaws munched coal from a barge. There were demonstrations, once 50,000 people for “Northern Irish Peace Women.” And bomb scares. And theatres – it was the year of “Equus.” Profiteroles and red wine in Italian restaurants. Boys with orange crew cuts. A bus ticket-taker – “Two P, please. To P, or not to P….” Antiques bazaars. Films: “Cousin Cousine,” “Taxi Driver.” Prince Gypsy Lee at Portobello Market in a blue wooden wagon – fortunes told, one pound.

Diary 1976 – Down at the corner, a fish stall. On next landing, a man smoking a cigar. Smell of raw fish and tincture of coal smoke. Chimney pots, perfect dark-dusk blue sky. Alley cats slinking like rats, or shadows, under parked cars. Cobblestones. The low buildings with wooden signs, fish vendors in white coats. And yet, rising over it all, the Post Office tower, strange, thrusting. I’ve fallen in love with London.

Then the grey skies came. And the unremitting cold. And the damp, which every account I’d read dwelt upon. I could not make the stove work. My fingers froze as I tried to type. No one accepted our dinner invitations, nor invited us to their homes. Homesick, I stood outside Canada House, missing snow, forests, wild geese. I spent hours writing to friends and family. Peter and I hunched close to the coal stove, pondering our choices.

Finally, I wrote one really good story.
“…the air became thin and empty, one became an observer, a spectator, there was no connection, one’s love came back unneeded. They huddled in the dank London bedroom while the rain streamed obsessively from the urban sky and the trees held onto their sodden leaves like a person resisting nausea.”
This one, called “Aliens,” was published in the Wascana Review.

In November, I was pregnant.
I was frightened, since I had previously suffered both a stillbirth and a miscarriage. I had catarrh so extreme that I cracked a rib from coughing and couldn’t get to my classes. No stories came to my mind. Foolishly, I was reading Sylvia Plath’s Letters Home. I wondered if I would ever again write a good sentence.

At the end of February, we sold car, typewriter, furniture — like hunted rabbits, we bolted for home.

Diary, 1977 – Waiting for our flight, I’m thinking that nothing is wasted if you’ve kept in touch with yourself. I feel that I’ve grown just in being able to understand what depression is, and life in a city, and feeling defeated and nowhere to turn. All those low points are good to have experienced. Who knows what may be gestating in some creative part of me.

September 23, 2015.
I’m with Peter, husband of 45 years, well-known artist, father and grandfather. We stand in Trafalgar Square, taking photos on our iPhones, gazing up at Canada House. Thirty-nine years ago, I stood in this very same place, wondering if I would ever be an author.
We go to the door and are ushered in. I’m travelling with a contingent of three other Canadian authors, as well as a critic/professor [Thomas Hodd], and the executive director of the Frye Festival. Today, we’re guests of honour for luncheon at the Canadian High Commission. Tomorrow, we take a train to Woodstock, where we will appear on a panel at the Blenheim Palace Festival of Literature, Film and Music.
I stand in the rooftop garden, sipping white wine, looking down on the city where once, so lonely, I wrote a few beautiful sentences.