British Rite of Passage for Fathers

One of the many good things about being married is that I read things I wouldn’t otherwise read. Such as the humorous book How to be a Husband by Tim Dowling. I am embarrassed to admit that there have been slight squabbles at the Saturday morning breakfast table over who first gets to read Dowling’s Weekend column in The Guardian. Tim Dowling is an American expat married to a Brit, and theirs is a supposedly public marriage because of his journalism. He is also a musician. His column  provokes at least one person in the room — the wife, the husband or the teen — to laughingly declare “That’s us!” We shared outrage when he was downsized from first page of the magazine to the second page. Anyway, because of the weekend chuckles, the book found its way into my husband’s possession. Ok, I gave it to him. Because the book kept my husband awake reading in bed, and made him laugh aloud, I snuck a peak. Ok, I read the whole thing. 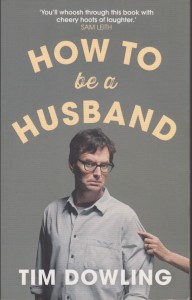 I paused over a passage that is in no way related to my life. I suppose what struck me was how it captured, in a few brief lines, the complicated adjustments that foreigners make to fit into their found culture. Nothing like this conversation has ever passed between me and my daughter, and yet it zapped into my brain neurons and stayed. Here it is:

I begin my little speech with all the caution of a man who suspects he’s already left something important too late.
‘Now that you’re eight,’ I say, ‘we need to make a big decision.’
‘I’m nine,’ he says.
‘Yeah,’ I say. ‘So we need to decide which football team we support.’
‘What are you talking about?’ he says.
‘It’s traditional, I believe, for British sons to inherit some form of allegiance to a team from their fathers, but since I don’t have anything to pass on, I thought we could look at …’     ‘We support Chelsea,’ he says.
‘What?’
‘We’re Chelsea supporters.’
‘Since when?’ I say.
‘Since always,’ he says. I have no idea what ‘since always’ means to a nine-year-old, but I’m not really in a position to dispute the contention.
-Tim Dowling, How To Be a Husband, Fourth Estate: London 2014, paperback, page 232.

Then ten months later I was reading Landing Gear by Kate Pullinger and suddenly it was as if there were a light-brightening power surge in my brain when I came to a particular passage. Harriet and Michael have a son Jack, and in one of the sections from Jack’s point of view, we read about a father-son moment. Walking to the barber on weekends, Canadian Michael and English Jack talk about sports, “which neither of them were all that interested in.” Followed by this: 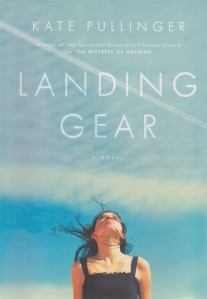 When Jack was five, one day his dad had said, “We’d better pick a team. English boys need to support a football team.”
“Manchester United,” Jack had said. Some of his friends at school supported them. Frank had a miniature Manchester United kit that he wore most weekends.
“No,” his dad said. “Let’s go for a London team.”
Jack couldn’t think of any London teams.
“Let’s support Chelsea,” Michael said.
And so they did.
-Kate Pullinger, Landing Gear, Doubleday Canada, hardcover, p. 151.

Does this father-son bonding moment appear in other books involving Brits and expats?

Editor’s note: British books use single quotation marks for dialogue, whereas most Canadian publishers use double quotation marks. I have created an inconsistency by being faithful to the originals. There is, however, a problem formatting the dialogue indents. -DM