Who better to review Charles Foran’s Planet Lolita than someone young, for whom Facebook is as familiar as the telephone book was to her parents’ (and Foran’s) generation? University of Toronto student Eleanor Proudfoot’s recent publication, “Artificial Intelligence Isn’t Scary” appeared in The Strand newspaper.

By incorporating “Lolita” into the title of any fictional novel, you are making a pact with the reader, who thus has certain expectations. One expects, for example, some of Nabokov’s social commentary (if one can call it this), and not just that the book be about pedophilia. In this respect, Foran does more than half the job. While XiXi/Sarah and her parents are camping by the beach, they meet a bunch of washed up (literally, although figuratively as well) prostitutes. Her attention is attracted to one girl in particular, younger and prettier than the rest: Mary (whether or not her name really is Mary is unclear, and equally unimportant), whom she is convinced looks like her. She quickly makes friends – meaning, in the modern world: she quickly snaps a few photos as proof of their encounter and tries to glean enough information so as to be able to add the girl on Facebook. Unfortunately, Xixi is not the only one documenting this incident, as Mamasan the pimp does so as well, photographing Xixi, albeit with less innocent intent. Things escalate quickly. An almost deliberately obtuse Xixi provokes the Triad by trying to communicate with Mary. Meanwhile we have a constant reminder of the SARS outbreak in Hong Kong.

Although well written and fast moving, Foran left me oscillating between a reading experience of an utterly predictable situation and plot, and literary genius. I’m still undecided which of these is accurate, and it is most likely that both are. In a book that comes across as mildly autobiographical, Foran chooses not to write from his point of view as a straight white male, and does as good a job as he can in not doing so. His references to Asian culture are sparse, but well chosen: the two most predictable ones, Spirited Away, an extremely popular Studio Ghibli coming-of-age fantasy film, and Hello Kitty, have an alternative function: they reinforce this culture of sexualization of little girls. On its second level of meaning, Spirited Away is self-confessedly about sex workers, and Spirited Away as well as Hello Kitty are reminiscent of teen sexualization wherein these teenagers aren’t able to grow and evolve, staying childish but also invisible, as Chihiro (Spirited Away’s heroine) becomes.

This is reinforced by Foran’s use of the term “half-half,” designating Xixi’s biracial ethnicity while deliberately ambiguous: Xixi is also not fully grown, her identity itself being hard to place, in part because, although she is not at all near being a woman, the society in which she lives won’t let her be a child, projecting a plethora of sexual images and functions onto her. It is this paradoxical state that encapsulates the world of Planet Lolita, as well as Foran’s writing: it is a shame that Xixi’s character doesn’t evolve, doesn’t learn from her mistakes (except for perhaps weakly giving up the internet at the end of the novel, a very unrealistic preoccupation that is too much in keeping with what are probably the author’s concerns). Xixi’s lack of development is as much the fault of the fictional society’s that won’t let her evolve as it is Foran’s.

The book is a perfect example of a how a pleasurable reading experience should be constructed: not only is the plot enticing, but one can find gems of writing like this: “inside, he is anvil-skulled, pigeon chested John B, a cliche of the British underclass at its most feral” (p. 216). There is also the witty use and depiction of social media in the further continuation of the story, operating on some level above literature, as another kind of art form (displaying the “likes” underneath the Facebook or blog comments in Part II for example).

Despite these charming attributes, another criticism need be made. The book seems somehow removed from the subject matter it touches on, and although it is supposed to denounce current socio-cultural situations, it almost seems as if someone had come to Foran in the 80s and told him to write a futuristic book. It is not shocking, and every seemingly modern theme he uses has already been touched on, and better done, notably by Gary Shteyngart’s Super Sad True Love Story, which shares most themes with Planet Lolita (sexualized, miraculously young Asian girl/ woman; technology taking over our lives in harmful ways). Even the portrayal of themes through internet conversations had unfortunately been done in a more provocative and perspicacious way four years before. 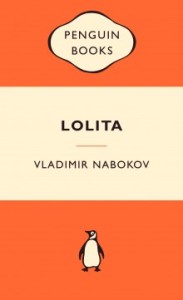 Although these complaints are valid, on the other hand, the parallels between Foran’s and Nabokov’s literary worlds work wonders, serving to emphasize and increase the scandal surrounding Xixi’s sexualization. Humbert Humbert’s world seems like a pipe dream compared to this one. Lolita and Humbert can get away with shacking up in The Enchanted Hunters with a “cot” in the room. No one suspects any special relationship between Humbert and his “daughter.” In Foran’s similar but more innocent situation, however, people expect the worst: the voyeuristic guests, the Irishman on the boat – and arguably the hotel managers – all see Xixi as some sort of coerced sex object, a “fuck-fuck.” The horror in this unveils itself: instead of the epitome of perversion being an eccentric European narrator, it is the whole world that has become depraved, seeing sex everywhere.

Perhaps this further elucidates the strange point of view taken up in Part III. Where Nabokov writes in such a way as to provoke within the reader the morbid recollection that all the characters within the frame narrative are now dead, Foran writes in hope: shelter employee John B, a man who was a predator, and who has all the means to benefit from the situation in which he is placed, not only chooses not to, but as we know, since Part III is told from his point of view, doesn’t even think about doing so.

Planet Lolita is stylistically apt, interesting, and commandeers various “fashionable” writing techniques to further support its cultural critiques. But it is a book that would have been more interesting had it been published ten years ago, and despite my appreciation of Foran’s skill, the book left me feeling utterly indifferent, which is perhaps its greatest, and only real, fault.