NextCrowning the Virus: New Skills for the Pandemic
Reviews 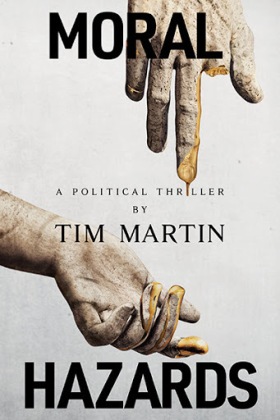 Moral Hazards is the kind of book that will keep you awake at night, in a good way. Tim Martin’s debut novel takes you on a fast-paced ride into the chaotic, unforgiving world of a collapsing state, where we follow Anik Belanger, a young, ambitious, Canadian human rights lawyer, on her dangerous quest to find truth, justice, and a bit of fame. In the parched misery of the notorious Somali refugee camp in Dadaab, she seeks the evidence she needs to prove that systematic, sanctioned rape is being used as a weapon of war. Over the course of the novel, Anik encounters a young warlord, a UN general, a renegade government official, and a shadowy businessman on an exotic island, who all have diverse connections to life in Dadaab.

Martin’s writing shimmers with the details, astute observations and unnerving insights of someone who has “been there.” And in fact, he has. Before turning his hand to fiction, Martin spent 30 years as a Canadian diplomat in the world’s political hotspots, including Somalia and Kenya. Having looked warlords in the eye, negotiated with generals and run for cover under gunfire, Martin’s career gave him good training to become a superb author of political thrillers.

While the book is packed with action and has an edgy cat-and-mouse feel, much of its power comes from Martin’s pacing. His close-ups zoom into the conflicted minds of his finely-drawn characters. It felt like I was inside their heads as they picked through their hidden agendas and cultural imperatives. I could almost smell a waft of cologne from his description of Italian Defense Attaché Brigadier General Giancarlo Cristiani: “The even rhythm of his hard leather soles on the corridor parquet transmitted a sense of gravitas and confidence proper to his level.” (p. 62)

While many of the characters are involved in violent and nasty business, Martin treats them with affection and compassion. There are moments where his wry humour shines through and lightens the book’s tone. One such moment is Cristiani’s interior monologue during a social engagement with a new American counterpart, Samson.

The backyard barbecue is confusing terrain, Cristiani grumbled to himself. It’s the worst place to begin this strategic relationship with the CIA. Samson wore knee-length shorts, an oversized T-shirt, and a baseball hat. What was that artificial grey substance his sandals were made from? Cristiani had a theory that infantile vulgarity was taking over American men. They wore pants that shortened the appearance of their legs, untucked shirts that elongated their torso, and hats that exaggerated their head size. He looks like a big three-year-old, Cristiani thought, except for the mirrored aviator sunglasses. (Moral Hazards, p. 69)

In addition to a compelling plot and strong characters, Martin’s evocative descriptions add a dreamy tinge of the travel writer’s sense of place. Martin shows us, for instance, one of the daily practises of Somali women in Dadaab, through the eyes of Anik, who watches Somali women perfume themselves “by standing in their long dresses over burning incense, so the smoke scented them from the inside out.” (p. 98)

Moral Hazards is more than a good read — it is an action novel with a social conscience. It provides an intimate but damning snapshot of a peacekeeping mission in disarray. While the characters are works of fiction, the failure of the mission “Operation Restore Hope” in Somalia in the 1990s was real. And Martin brings you face to face with the casualties created in the name of peace.

Former ambassador Tim Martin started representing Canada abroad as a program officer with the Canadian International Development Agency in the Bahamas. His second assignment to Nicaragua in the 1970s shifted his career path into the area of failed states and conflict. His diplomatic posts include Kenya, Ethiopia, Sudan, Eritrea, Somalia, Uganda, Rwanda and Burundi. Over the next 25 years, Martin moved through the ranks to be posted as ambassador or head of mission in Ramallah (West Bank), where he opened the Representative Office in 1998, followed by Argentina, Paraguay,  Kandahar, and finishing as ambassador in Colombia, after which he retired in 2014.

Moral Hazards is Tim Martin’s first novel. Drawing in part on his knowledge from his time as chair of the Kimberley Process working against conflict diamonds in 2004, his next book will be about conflict minerals in the Democratic Republic of Congo. 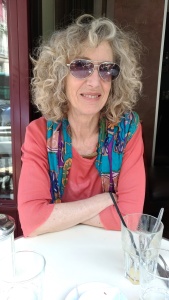 Roberta Walker is a writer, broadcaster and storyteller living in Ottawa, who spends as much time as possible studying tango in Buenos Aires. It was there in the corner of an old cafe that she first heard Tim Martin percolating his tale of Moral Hazards.