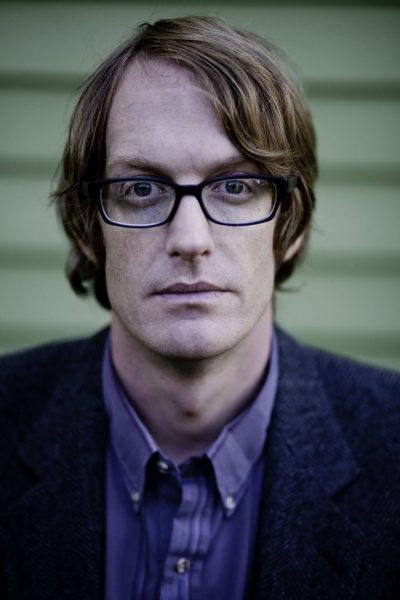 There is something about a Patrick deWitt novel that puts you in mind of a Wes Anderson film. The plot, the characters, the dialogue are so surprising, at times so bizarre as to be almost implausible, and yet on closer examination you realize that these people are not so bizarre or implausible at all; they’re just real. On the eccentric side, yes, but also real. This is deWitt’s particular genius: taking the seemingly every day and putting it under glass. 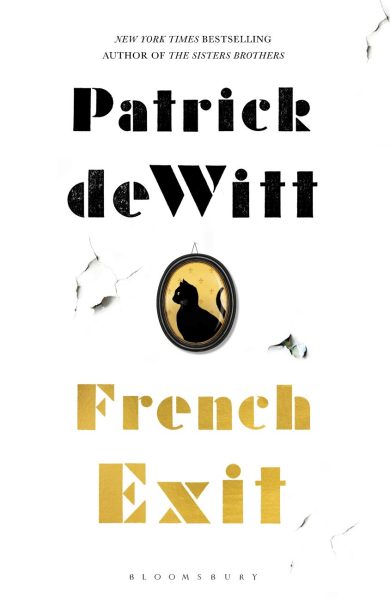 Glamorous, acerbic Frances Price, 65, and her 33-year-old lumpy, klepto son Malcolm have a co-dependent relationship: she’s dependent on him for companionship; and he appears happy to go along with it since it keeps him in the slothful lifestyle to which he has become accustomed. Both have strong feelings about the late Franklin Price, Frances’ ex, and Malcolm’s father, and whose spirit has somehow been reincarnated in the family cat, Small Frank. What unites this trio — well, foursome if you count the cat, and let’s do that — is their unlikability: Frances with her deadpan, bitter Dorothy-Parker-esque wit; the late Franklin with his obsession with money and scandalous womanizing; Malcolm with his sad man-boy state of suspended development; and the cat like all cats — aloof and disdainful. Yet, who can resist them? It’s like watching an accident unfold and being unable to turn away from it.

Frances’ plight and her wit hold the story together. She is mesmerizing. Her interrogation of a vagrant who approaches her for spare change is both hilarious and touching. When Frances asks Dan the vagrant what he would do with $20, the man whistles, and tells her he would buy wine and a hot dog.

“The twenty would set you up nicely, then?”
“Oh, quite nicely.”
“And where would you bring it all? Back to your room?”
Dan squinted. He was realizing the scenario in his mind. … “I’d take those into the park with me. That’s where I sleep most nights, in the park.”
“Where in the park?”
“Under a bush.”
“A particular bush?”
“A bush is a bush, in my experiment. Experience.”
Frances smiled sweetly at Dan. “All right,” she said. “So, you’d lie under a bush in the park, and you’d smoke your cigarettes and drink your red wine.”
“Yeah.”
“You’d look up at the stars.”
“Why not.”
Frances said, “Would you really drink both gallons in a night?”
“Yeah, yes, I surely would.”
“Wouldn’t you feel awful in the morning?”
“That’s what mornings are for, ma’am.

—from Chapter 1 of French Exit by Patrick deWitt.

It is the dialogue and the collision of opposing characters in deWitt’s work that charms and entertains, but that adds a dimension of humanity. DeWitt allows you to spend time with his characters, even the minor ones. 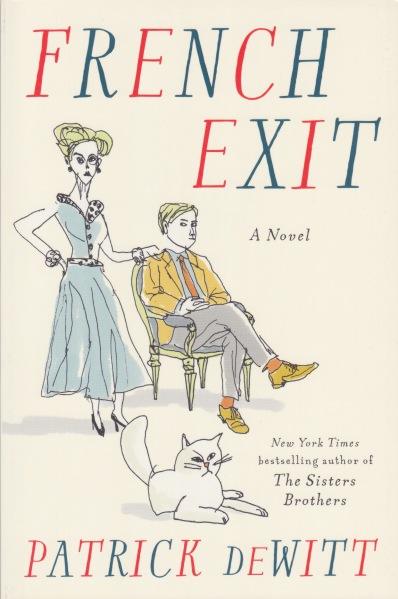 French Exit catches Frances and Malcolm as they flee New York City for Paris. She has discovered that her enormous fortune has run out, and that she is within a hair’s breadth of destitution. When her only friend offers her Paris apartment as a refuge, Frances takes it. Snooty Paris, she reasons, will provide anonymity and a necessary social shield while Frances works out her own exit. But Paris, like the characters, surprises. It is not snooty; it seeks to embrace a woman who has perfected the art of keeping the world at arm’s length. The undoing arrives in the form of a dinner invitation. Soon, a motley crew of characters innocently wander onto the scene and throw Frances’ well-honed anti-social skills into a private chaos.

The novel ends with an air of hopefulness, a kind of victory. Generously, deWitt leaves it up to the reader to decide the victor.