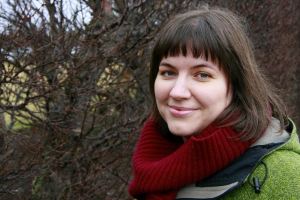 What better country to write about near Christmas than a land of ice and snow? Iceland has nipped me on the nose thanks to a Canadian writer who made the news this summer because of her husband’s job. That’s right. Eliza Reid was doing her freelance work, as well as running the Iceland Writers Retreat, which she co-founded, when Iceland had an election and the media erupted like a volcano.

A University of Toronto graduate, Eliza Reid studied modern history in the UK from 1998 to 1999, then stayed on to work for De La Rue. While at St. Antony’s College, Oxford University, in 1998, she met one Guðni Th. Jóhannesson. In 2003 he obtained his Ph.D in history from Queen Mary, University of London, and they moved to Iceland. They married soon after. An author of many books, Jóhannesson (Reid’s husband) settled into work as a Professor of History. While raising four children, Reid volunteered, worked in marketing and started her freelance writing career. So far so typical expat love story.

But then there was a scandal in Iceland. Last April the leak of the Panama Papers (tax evasion, remember) revealed that some leading politicians had not been behaving as virtuously as some Icelandic gods might like. This brought a newcomer to politics — you got it, Guðni Th. Jóhannesson, as above. According to this Guardian/Agence France-Presse article of 26 June, he won 39.1 % of the vote because the public was pissed off, or as they put it, he “rode a wave of anti-establishment sentiment, emphasising his non-partisan, independent vision of the presidency.” Hmm, sound familiar?

His election as President made Eliza Jean Reid the First Lady of Iceland. Paul Hunter’s article in The Star about how Jóhannesson got involved in politics and how Reid feels about this turn of events (“Life’s an adventure I guess”) also has some lovely photos of the couple.

Before becoming First Lady, Reid was a freelance writer who published in Monocle and The Globe and Mail, among other newspapers and magazines. She was editor of Icelandair’s in-flight magazine (2012-2016) and a staff writer at Iceland Review (2005-2008). She commented on Icelandic current affairs on BBC Radio Scotland, CBS Radio, CBC Television and Radio (Canada), France 24, and RTE (Ireland). Reid was a member of the Canadian branch of the Society of American Travel Writers. She launched her own company, Dudo, in 2008. 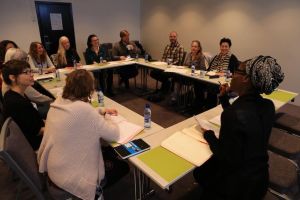 Although Reid is a VIP now, she still works actively on the Iceland Writers Retreat. Of her ongoing involvement, she writes, “My favourite part of it is the opportunity to meet such interesting people from around the world, and seeing how Iceland inspires their writing.”

And unrelated, a review of an Icelandic crime novel by Kate at Bibliophile Book Club.