NextFalling for the Love of Books
ReviewsUnited Kingdom

This review of Outline by Rachel Cusk is written by Kim Reynolds in Ottawa, who has launched an indie publisher, Bookgiddy.

Rachel Cusk lives in England, and has done so for a very long time, since her family relocated from Los Angeles: she was born in Canada in 1967 and they moved to the UK when she was seven. In London I had a conversation with a woman who denied repeatedly that Cusk could be Canadian. Perhaps it was because Cusk’s name was so familiar, because she’d written about the break-up of her marriage in the press. Such as this Guardian article. Or because of her controversial memoir on motherhood: A Life’s Work: On Becoming a Mother (2001). Or because she left Canada before starting school and only got her Canadian birth certificate recently according to a 2015 MacLeans interview.
This, her eighth novel, was shortlisted in Canada for the 2015 Scotiabank Giller Prize and in the UK for the Baileys Women’s Prize for Fiction.  –DM.

The cover of my edition [Harper Perennial 2015] of Outline by Rachel Cusk has a quote from the New York Times Book Review on the cover. It says:

“Lethally intelligent…spend much time with this novel and you’ll become convinced that [Cusk] is one of the smartest writers alive.”

I’m not sure I agree with lethal, but I agree that she is a fiercely intelligent writer, and I also agree that it takes time to come to that conclusion. I didn’t think I was going to like Outline when I was 10, even 20 pages into it. But the reviews and its prize nomination pedigree made me stick it out. Thank Goodness.

This isn’t a warm book, and I think for me, coming off my high from reading Elizabeth Strout’s Olive Kitteridge in January, a book that is brilliant and emotionally gripping, Outline felt like it kept me at arms-length. Which isn’t surprising because Cusk completely roasts the old writing chestnut, show don’t tell. This is a book about telling. It’s a book that would most likely have failed in other hands.

The narrator, who is the human notebook into which these story “outlines” are deposited, is a novelist working as a writing instructor in a summer school in Athens, Greece. Over the course of the novel we learn a bit of her story, but mostly we hear the life stories of the friends, strangers and students who cross her path. This could be dull indeed, except that it somehow isn’t. This book is so deeply observed that you have to stop, reread and reflect.

When I read this:

I thought the whole idea of a ‘real’ self might be illusory: you might feel, in other words, as though there were some separate, autonomous self within you, but perhaps that self didn’t actually exist. My mother once admitted, I said, that she used to be desperate for us to leave the house for school, but that once we’d gone she had no idea what to do with herself and wished that we would come back. (p. 105)

It resonated with my story. I was, for many years, a stay-at-home mom with ambitions to write. When the house was full, and busy and noisy, I could feel this other writing-self sitting off to the side, waiting. It looked so solid in my peripheral vision, but the moment the house was empty, or everyone was asleep, I couldn’t find it, or it was so small and weak that this ‘real’ self I longed to become embarrassed me and made me flee back to the noise and activity.

But not only did Cusk’s words resonate with me, I felt the need to share a piece of my story. As Johnathon Gottschall writes in his fascinating book The Storytelling Animal: How stories make us human, “Humans evolved to crave story.” The telling and receiving of stories from friends, books, movies, music…it’s how we know ourselves.

In one of the final narratives in Outline, a playwright recounts what she felt while listening to a story from someone else:

She had asked him about his childhood, his parents, his education, about the development of his career, the meeting with his wife and the marriage and family life that ensued, his experiences at different postings around the world; and the longer she listened to his answers, the more she felt that something fundamental was being delineated, something not about him but about her. He was describing, she realised, a distinction that seemed to grow clearer and clearer the more he talked, a distinction he stood on one side of while she, it became increasingly apparent, stood on the other. He was describing, in other words, what she herself was not: in everything he said about himself, she found in her own nature a corresponding negative. This anti-description, for want of a better way of putting it, had made something clear to her by a reverse kind of exposition: while he talked she began to see herself as a shape, an outline, with all the detail filled in around it while the shape itself remained blank. Yet this shape, even while its content remained unknown, gave her for the first time since the incident a sense of who she now was. (p. 239)

I thought that was beautifully put. We tell our personal stories to be seen by others and we listen to others’ stories to see them, but also to better see ourselves.

Outline is a fascinating and unique piece of fiction. It’s like reading a brilliant documentary on story.

Kate Kellaway interviews Rachel Cusk in The Observer on 24 August 2014.

Rachel Cusk on playwriting and teenagers in The New York Times Magazine.

Kim Reynolds, “Confessions of a Lunch Maker” in Chicken Soup for the Soul. 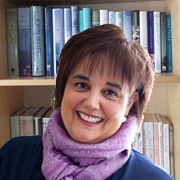