Secrets in a Jewellery Box by Demetra Angelis Foustanellas spans time and culture, shifting between the past and present. Foustanellas knows both worlds: she was born in Ottawa to Greek parents and in her thirties relocated to Greece. She writes of the tension between old and new worlds through her character Elly, a young woman who rebels against her Greek culture.
“If I ever have children I’m not raising them Greek. I want my kids to grow up normal” (p.13).
This clash is also described when Elly confesses to her parents that she has a non-Greek boyfriend. When her mother says, “We find nice Greek boy to marry you so forget the boyfriend stuff” (35), Elly becomes distraught. She longs for a life of her own, one separate from her Greek heritage: “Elly wondered what it would be like to live in the city; a dream she hoped to achieve one day. Freedom from her parents. Liberation, at last” (37). But: “She loved the way her mother and aunt were tightly bonded and a true inspiration to one another, always supportive of each other’s needs. They came from the same village, from a common background” (23). Foustanellas delves deep into the divide that many first-generation Canadians struggle with. Elly searches for a way out of her culture, one she loves and loathes simultaneously. But can she bring these two roads together?

When she meets the charismatic Perry at a Greek youth meeting, she feels an instant attraction. Despite her friend Chryssa’s warnings, she falls for Perry and ends up getting pregnant. He vanishes for a while and Elly is left alone to figure out what to do with her pregnancy. She finds out that Perry is in Greece. Unknown to her, he is a member of the Pan-Hellenic Democratic Movement and participates in protests. There are a few paragraphs dedicated to the torture Perry endures. I felt most of that chapter read like a newspaper article, somewhat informative but very expositional. “Three days and nights of clashing with police, tear-gas, gunshots, arrests and beatings evolved into pandemonium” (71). Perhaps if Foustanellas had shown this chaos through Perry’s participation, the reader would have the chance to fully engage in intense scenes showing the escalating violence in Greece.
Another problem was the lack of sufficient political context. Most readers need to be told more about the history of Greece in order to understand what is happening during the specific period Perry’s torture takes place.

Eventually, Perry returns to Canada and Elly shares her news with him. He wants to marry her and she reluctantly agrees. I found it surprising that her traditional parents would be so willing to accept her pregnancy, since Greek culture, like many other cultures, values abstinence until marriage. I expected more tension in this regard. Perry and Elly marry but then Perry’s mother becomes ill and he returns to Greece to take care of her, begging Elly and his young daughter to join him. During the separation Nena grows without her father’s presence. But then one day Perry calls and asks Elly if Nena can spend the summer with him in Greece. Elly must decide if she can accept having Perry back in her daughter’s life and, therefore, in her own life. She has moved on and has a new boyfriend. Can she return to the past?

With Perry’s help and a secret contained in a jewellery box, Nena surprises her mother with a ticket to Greece. They travel with Nena’s Greek tutor. As Elly becomes reacquainted with her estranged husband, she finds herself wondering if she can salvage her relationship with Perry. Can they remain friends? Or will they forever be split by the ocean and anger? Elly remembers the younger Perry who didn’t believe in helping her with housework or cooking, thinking it was “woman’s work,” but during her stay in Greece she realizes that those old-world ways have vanished: Perry now cooks, cleans and gardens. Elly is surprised, exclaiming, “Who would have guessed that you’d be cooking entire meals one day” (215), and Perry explains, “Well, people change” (215).

Yes, people do change. Perry is no longer that old-world Greek guy and this makes Elly ponder the possibility of reconnecting with him and finding the balance she has always wanted between her two worlds; Perry knows her Greek heritage and he seems more open to the new world, thus making it conceivable for them to reconcile and to build a strong bridge from the Greek world to the Canadian one, one that Elly can walk along with Perry and Nena. Many first-generation Canadians can appreciate this feeling of being stuck on a bridge between two conflicting cultures, but sometimes there is a way to cross over without leaving a part of yourself waiting on the other side. In Greece, Elly learns that she still loves Perry. She knows Perry can understand her because they share the same culture and, furthermore, their love for Nena binds them together. Like a bridge. A rope bridge at first, but can it become solid like an iron structure? And is Elly willing to give Perry a second chance?

The characters in this book are intriguing, especially the supporting ones, such as feisty Chryssa, and sensitive Yiorgos, Perry’s close friend. The author’s use of engaging dialogue hurries the story along. However, the capitalized words sporadically placed in the book are somewhat distracting. The ending is slightly too convenient for a story that conveys such a struggle for its protagonist. Mending wounds takes time, but in this novel time seems to stop in the past then speeds by the present and races into a convenient resolution with a happy ending that ties up several years of estrangement, regret and pain into a colourful bow. Happy endings are great, but I wish there was more time for the reader to process the healing involved when two people hurt each other and try to find forgiveness. But in spite of this neat finish, there is a twist that many readers will find satisfying and heartwarming.

Despite some minor flaws, the book is captivating because it provides insight into another culture. The author’s artistry at weaving vivid descriptions of Greece make the reader feel as if he or she is right there. Here is the view from their balcony: “Athens looked divine…. Bright lights glistened in the dark. Beyond, the illuminated passenger ferries drifted to and from the port of Piraeus; the navigation lights of cargo ships flickered in the vastness of the Gulf of Saronikos. Overhead, a large aircraft descended towards the Elliniko airport, coming in for a late landing. The crossroads of the world united at their feet.” (169) This passage describes exactly what Foustanellas is achieving in her novel: unity between two sides. A beam of light guides Elly at her crossroad and, like many other individuals struggling with two cultures, this novel offers hope and acceptance of oneself. All in all, Foustanellas has painted a striking picture of family, culture and the importance of understanding one’s heritage. 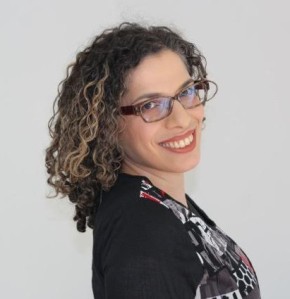 Secrets in a Jewellery Box by Demetra Angelis Foustanellas is self-published as Kichissippi Publishing 2014. 225 pages print edition. Also available as an e-book.

Sonia Saikaley is the author of the novella The Lebanese Dishwasher (Quattro Books) and the poetry collection Turkish Delight, Montreal Winter (TSAR Publications). She is currently working on a novel called Jasmine Season on Hamra Street.