On April 28, I met Charlie Foran at his new office in Toronto, to talk about his book, Planet Lolita, and about his biography of Mordecai Richler —  Mordecai:The Life and Times. Among other things, we talked about why Richler left and how Richler got into the London literary scene as fast as he did. 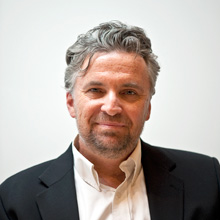 CF: I got why this 19 year old kid from Montreal left Canada. And why Atwood, ten years later in Toronto, didn’t feel she had to leave. There are differences, not big, but differences between 1950, when Richler, and Gallant of course, went abroad and 1960, when Atwood was considering whether she could make a life here as a writer. For Richler there was nothing in Montreal. His career had for me a series of logical poles: Montreal, London and New York. He’s a Canadian kid, he’s Jewish and he’s anglophone. If he’d been francophone, London wouldn’t have had the same power or draw. So he tries Paris and Spain and gets VD.

DM: Did he? I don’t remember that detail.

CF: Well he thought he had syphilis. Went to the doctor. And Mavis Gallant finds him in this nasty little hotel room.* It’s actually not VD, it’s scurvy because he can’t afford to buy fresh fruit. But he does have lots of misadventures. I have a chapter on that called “Girls, Girls, Girls.” Richler does seem to have impregnated at least two girlfriends. And then he says Enough. He does the literary tourist thing for about 12 months and then it’s off to London to get serious about writing books. In no more than another 12 months he has dug himself in. He’s meeting editors. He’s getting assignments. He has tremendous energy, and evident talent. And he creates this literary life for himself in London. Who is Mordecai Richler? He is a scrap dealer’s son from Canada with a strange first name.

DM: How did he hustle in his first year in London? I find it astonishing that he was able to so quickly get in. 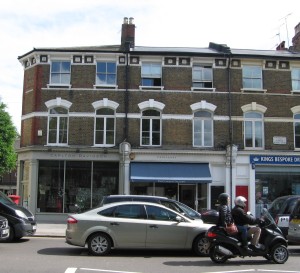 CF: For me, this really crystallized when I saw a photo of his first wedding, to Kathy [Boudreau], on a lawn in Hampstead. There in the second row is E.M. Forster. What’s E.M. Forster doing in the wedding photograph of a 23 year old with no published book to his name yet? As I recall it, here is the sequence. Richler has a friend who attends Cambridge. The big deal was getting invited to have sherry with Forster, who was then past his creative time and liked to hold court at King’s College. Somehow, he is invited – or maybe just makes his way – to Forster’s rooms. About a year later the great novelist attends this young, largely unknown Canadian’s wedding.

From the start, people were drawn to Richler – there was something about his manner, maybe his confidence.  London was exploding with opportunities then. I spent a lot of time in that part of the biography talking about the happy coincidence of Canadians arriving just when the BBC was expanding in television. So all of a sudden these young Canadian producers and writers from the NFB and CBC started making their way to London from Montreal and Toronto.* People like Ted Kotcheff and Ted Allan were finding work, and well-paying work, on these live dramas. Within a few years of arriving, Mordecai Richler was finding TV and film work as well. I’ll be honest with you – a lot of the TV isn’t very good. But that isn’t the point. It’s live and everyone involved – and we are talking the late 1950s, early days of TV drama – was thrilled if they could get it out without the screen going dark or cameras being knocked over.

DM: Did you see the BBC film about the making of Doctor Who? Part of the show’s 50th anniversary – An Adventure in Space and Time, with the Canadian who started it, he was head of Drama …

CF: He was a friend of Richler’s, I think. Sydney Newman.

DM: It’s exactly that, scenes where the set comes apart while filming, and they only have one take, the studio overheats and the alarms go off.

CF: So think about that. Sydney Newman immediately runs ATV [head of Drama 1958-1962, then to BBC]. Alvin Rakoff is producing and directing for the BBC. It was this strange Canadian invasion of British media. All of which benefitted Richler. He was aggressive about wanting the work and he could do it, efficiently and reasonably well, producing a script in a few days that would be  serviceable. He had no compunction about it, no policy of only writing literature. He had a very clear and happy divide in his mind between practical work and literary work, and fully accepted that a novel he spent two years writing might earn the same advance as a TV drama that took him two weeks to complete.

Those days were glorious for writers. There wasn’t the specialization we have now. If you ask me, TV drama in Canada could benefit from scripts being written by authors who trade in character and story. But it seems a closed shop and TV people operate as though there is something about the medium that a literary writer can’t understand. Whereas at the outset there was tremendous fluidity in TV writing. If you look at the credits of movies out of the UK in the 50s and 60s, half the time they’re being written by a novelist. So that’s how Richler got in, that’s how he established his career so quickly and effectively. Serendipity played a big part in it. Talent, serendipity, hustle.

* See page 120 in Mordecai: the Life & Times or Mavis Gallant talking about this on pages 59-60, in “The Call of Europe” chapter of The Last Honest Man, Michael Posner’s oral biography of Richler. 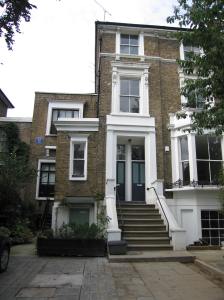