In the Spring of 2015, the Writers Union of Canada surveyed 947 writers about their income, and in May released their report on their findings: Devaluing Creators, Endangering Creativity. The title makes it obvious that their findings were not good. Writers are earning less. “Taking inflation into account, writers are making 27% less than they were making in 1998 from their writing, while 45% of writers say they must do more to earn a living now.” Worse, women writers earn 55% of the income earned by male writers. For 81% of the respondents, income from writing is below the poverty line. Paradoxically, writers earn on average less income than those dependent on writers for their living: the information and cultural industries. The situation is similar for writers in the UK and the United States.

I admit I’ve also been thinking about how writers supplement their income because I’m looking for paying work. Except I don’t have the energy of Anton Chekhov or William Carlos Williams, who were doctors while writing, as is our own Vincent Lam. But what do Canadian authors do (or what did they do) to pay the bills?

Several went into social work, such as Margaret Avison, Dorothy Livesay, Irene Marques, Miriam Waddington, and Adele Wiseman. Milton Acorn was a carpenter before he was a full-time poet. And who would expect writers to be bankers (Earle Birney, Rohinton Mistry, Robert Service, Raymond Souster) or lawyers (T.C. Haliburton, F.R. Scott)? Not at all surprising, however, are the two dozen or so who double as translators, given that it involves dictionaries and love of language.

Much more common, however, are the teachers. School teachers, part-time university lecturers, fully grown professors. Half of those surveyed by the Writers Union have post-graduate degrees, thus qualifying them for academia. While many Canadian writers today teach Creative Writing, many teach or taught something else – literature (English, Comparative, other), ESL, economics (Stephen Leacock), law and philosophy. Some started their careers as teachers – Margaret Atwood and Michael Ondaatje, for example, while others finished their careers in the lecture hall, such as Miriam Waddington. Looking through two sources (see below), and including the 40 who teach at the Humber School for Writers, I counted over 100 Canadian writers who teach or taught. Not counting writers-in-residence. And that’s just my random sample.

Writers who have appeared in Canadian Writers Abroad show a similar blend: over a dozen have taught, some were journalists (Christmas, Duncan, Foran, Mercer, Sibbald), some editors (Martens, Sarah), one works for an NGO (Douglas), one chef (Lamont), one hotelier (Foustanellas), a diplomat (LePan), actor and broadcaster (Dominic, MacDonald), scriptwriters (Richler, Mercer), a painter (Page) and a Governor General (Buchan). 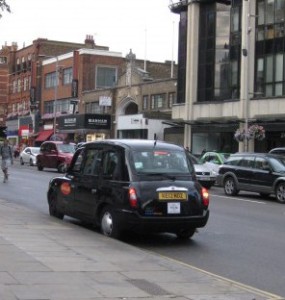 Contemporary bio notes tend to stick to the sources of income listed by the Writers Union above, so that many list a triumvirate of writing, teaching, and screenwriting or journalism. To compare new with old, look at Patrick Lane’s bio note in my 2006 source: “Writer of over 25 books of poetry, fiction, non-fiction, and editor of several anthologies of poetry,” and then a list of titles and prizes. Whereas in my1983 source, Pat Lane was “…supporting himself by various jobs including logging, fishing, mining, trucking and teaching.” Where are today’s loggers, waiters and bookstore clerks who write?
What jobs have you seen writers do besides writing?

“All Work and No Pay: Writing is rarely considered a serious occupation. Why?” by Phoebe Maltz Bovy, 4 August 2015, New Republic