The article below, advice for Canadians abroad who earn a living from writing, is by Canadian-Greek Kathryn Lukey-Coutsocostas. For over two decades, she has reported on Greece’s local international community in both Athens and Thessaloniki. Her written work and photographs have appeared in national and international publications, such as the Athens News, Insider Athens, Odyssey, ELT News, and the ELGazette. She is also the author of English language teaching textbooks for international publishers.

As a self-identified “community advocate,” Kathryn has served on the executive boards of several non-governmental, not-for-profit groups related to migrant interests. She was on the founding board of four such groups: the annual ethnic Food-for-Good Festival, Thessaloniki Women’s Organisation for Employment and Resources – Tower, Friends of Canada in Athens and the Hellenic Canadian Friendship Association in Thessaloniki.

In 2015, the Ambassador of Canada to Greece presented Lukey-Coutsocostas with a “Maple Leaf Citation” for her ongoing contributions – personally and professionally – towards the promotion of friendly relations between both the Canadian and expatriate community in Greece and Greek society, and for the creation of the Hellenic Canadian Friendship Association network in Thessaloniki as well as the Friends of Canada network in Athens. 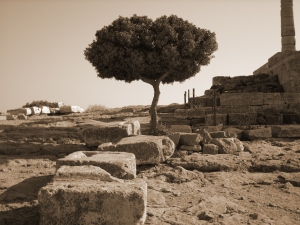 Freelance Writers Can Make it Abroad!
by Kathryn Lukey-Coutsocostas

Can we write professionally if we live abroad? Yes! And I’d argue that our chances as a Canadian are even better if the country’s official language isn’t English. I’ve had this advantage in Greece, and I think I’ve moved faster – and probably higher – than I would have in my native homeland.

Here are some of my thoughts:

Do seek out local English-language news sources, for example, a national English-language newspaper, or monthly/weekly (e.g. “what’s on round town”) magazines. Compared to local writers, our English is more natural and requires less editing (read: less work for them). Plus, we have a better feel for what their target market wants, since we belong to it.

Do check out articles for content, style, word length and format.

Do submit an article that conforms to these guidelines, especially if just breaking into the writing market. After my first article was published in a national, English-language Greek newspaper, I then approached them about doing more. Next, we talked about rates….

Do try to work for pay – free work spoils the market for all professionals. Some publishers don’t pay any contributors, so carefully choose which of those to work with, and submit frugally. (Unfortunately, we freelancers must constantly promote ourselves, by keeping ourselves visible.)

Do recognize that we freelancers are on our own. I’ve learned to value colleagues who share insights – and to appreciate a good bookkeeper.

Do honour tax obligations. Things can be a bit “muddy” for transnationals; resist the temptation to work off the books, because sooner or later it may catch up. While things were sloppier in the past (and many writers simply ignored declaring earnings abroad), the internet has tightened up global transparency between governments.

Do explore international options as a correspondent or contributor. So far, I haven’t had the time or inclination for this, but we have a natural hometown advantage over the writers who are parachuted in to cover domestic stories. Besides having a long-term perspective and well-cultivated sources, we have lived within and outside at least two national borders. This means we can easily distance ourselves to have a more rounded view of local events. At the same time, we can understand the mentality of the readers, viewers or listeners abroad. (It also means we have a new slant on things in our original homeland.)

Do use connections to get into the writers’ market, as well as to find good stories. Some may feel this is rather shameful, but if we have all of the qualifications (and this may simply mean that we’re inspired, literate native-English speakers), why not get the edge by dropping a name? Rest assured, everyone else will.

Do milk our status as transnationals. At press conferences, the Greek organizers always responded to my raised hand, no doubt thinking I was from some lofty foreign media conglomerate….

Do get involved in the community. It helps with integration, and makes us better human beings. It also provides fascinating fodder.

Do learn the local language proficiently, especially if full commitment as a writer is the goal. (Not willing to commit to working 24/7, I turned down an ironclad reference for an open post at an international wire service.)

Don’t get disheartened by the difficult economic situation. The number of publications – especially paying publications – has doubtless shrunk everywhere. In Greece, many of my experienced colleagues have had to turn to editing and/or translation. Still, that doesn’t mean that people shouldn’t give it a go.

So, do enjoy the ride. Besides writing features, news stories and four columns for national, English-language newspapers here, I’ve met and written about illuminating local, national and international figures: Doris Lessing, Harold Pinter and spouse Lady Antonia Fraser, David Crystal, Alvaro De Soto, Viviane Reding, Antonin Scalia, and Michael and Kitty Dukakis. And I came close to interviewing Hillary Clinton.
Could I have – would I have – done all that had I remained in the Canadian prairies? Somehow I doubt it….