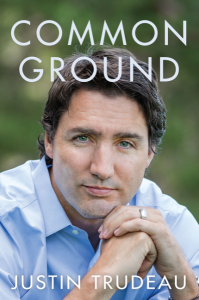 Every so often the British attitude to Canada makes me cringe – yes, it seems still a colony, even if Canada unexpectedly and occasionally burps up something good like a bank manager (some Carney guy), or that small-town Gosling who plays the same awkward sexy threatening baby-goose role repeatedly. But nothing, not their indifference nor their ignorance about its geography or health care, nothing makes me wince like the subheading “Canada Election” on the BBC and The Guardian websites – Canada is the noun, Canadian is the modifier. Still, I am amazed that Canada went from zero media interest to actual coverage of the Canadian election. The Guardian ran a long article about it two days in a row, each of which were very critical of Stephen Harper’s rule (see links below). The Times ignored Canada’s election* and then put the results in a historical context: the words “dynasty” and “Trudeau” appear in the same headline, with “Trudeaumania” in another, and its editorial “Canada’s Change” predictably starts with a joke about how boring Canada is. The election results on BBC Radio 4 woke me on Tuesday morning (great to start the day with relief), and BBC had live coverage.
Is it because Justin Trudeau is photogenic that news sites are offering Justin Trudeau “in pictures”? Time magazine’s “Justin Trudeau’s Life in Pictures,” of course, The Guardian’s “Justin Trudeau’s Victory in Canada Election — in pictures,” and the BBC’s photo rich “Who is Justin Trudeau, Canada’s next Prime Minister?”

While those of us who voted neither Conservative nor Liberal might be poising our pens to critically query the new government’s policy on ISIS, the environment, the pipeline, support to the sciences and the arts, foreign policy and on the urgent need to rescue libraries large and small, there are already fans. On my way home from the British Library yesterday I was leafing through the Evening Standard on the tube and was jolted out of the stupor that the airless public transport usually induces by: “25 Reasons why we love new Canadian Prime Minister Justin Trudeau,” by Susannah Butter. Thanks for that, that use of Canadian.

*Thanks to journalist and author Jane Christmas for bringing that to my attention.