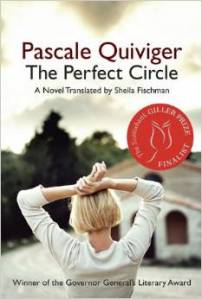 Pascale Quiviger, from Montreal and author of several books and a young adult series, lived in Italy for ten years and now lives in Nottingham, the hotbed of creative writing in England. Her novel, The Perfect Circle, translated by Sheila Fischman (Cormorant Books 2006), is reviewed by Jane Christmas.

This running joke in Pascale Quiviger’s first novel will bring a rueful chuckle of recognition to every Canadian who travels abroad, but for those of us expats who live abroad the exchange touches a nerve and brings a pang of alienation. If you want to experience life off the cultural grid, try being a Canadian in a foreign country.

Marianne has fallen in love with an Italian man while on holiday in Tuscany. When she returns home to Montreal she realizes she cannot live without him, and so she quits her job, gives up her flat, friends and family, and flies back to her Italian stallion. Ah yes, the Italian male: an odd species, completely under the thrall of mama, and whose only commitment is to sex. Marco is no different. He comes across as a lumbering, monosyllabic, single-eyebrow variety, a man with his own home who nonetheless continues to live with his mother; a man who lavishes more attention on his dogs than on poor Marianne, who is practically salivating at his side. It would be comical if it wasn’t so pathetic and true to life. 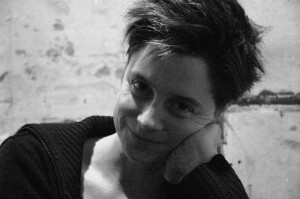 Marco installs Marianne in his barren home and then pretends that she’s not there at all. The villagers, however, know she’s there. Marianne does her best to create a nest for her and Marco but he rebuffs her with his indifference. She tries to make friends with his mother, but she is openly hostile to Marianne and clearly wants her to clear off her territory.

And so, Marianne mopes about the dumpy house, the dusty town. She tries to weed the garden but in doing so only cultivates more rage in Marco’s mother. She gets to know the villagers, in a fashion, but this is a woman who is in possession of the barest proficiency of the Italian language, and that can only take you so far. Marianne is so unprepared for such emotional isolation that you want to weep for her.

Or shake her. You want to tell her to wipe her hands of this Neanderthal and go home, but you also know — or at least anyone who has experienced crazy love knows — that we will do everything in our power to get the guy or girl until we are exhausted and humiliated. And that’s what happens here: there is no epiphany, just a steady breeze of polite coolness that finally blows Marianne back to sanity.

This is no romcom; it is more Elizabeth Smart than Shirley Valentine. The story toggles between mostly third-person narration and Marianne’s first-person writings (it takes a while to settle into this style). The language is hypnotic and poetic:

One day, I decided to leave your country. I phoned the airline, then went back to the empty house and took my suitcase out from under the bed. It was dusty, a scorpion had shed its skin on it. I was in a state of despair close to ecstasy, as if the furthest limit of my sadness were exalting, in a remote corner of my being, the heartbeat of life. The heartbeat of life I remember, stripped of everything with which we dress it, tossed naked onto my pain as if to give it a meaning, as if to direct it towards the time after suffering.

As Quiviger shows us, we all exist within our circle and join our circle with others, but when we attempt to break into another’s circle it can result in joy or in heartbreak. It is the risk we take.

Le cercle parfait, the novel’s original French edition, won the Governor General’s Award for Fiction in French in 2004, and was a Scotiabank Giller Prize finalist. Sheila Fischman, who translated the English edition, has done a masterful job of combining the texture and lyricism of Quiviger’s original text.

Jane Christmas is the author of And Then There Were Nuns, which was shortlisted for the 2014 Stephen Leacock Memorial Medal for Humour.

“Italy is the fact of finding a fountain at the exact moment of thirst.”
-from extract of The Perfect Circle p. 4.