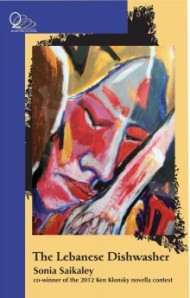 Malahat magazine’s Novella Prize deadline is February 1. Which raises the question: how does the novella differ from the novel? Well, it is shorter. Malahat calls for a length of 10,000-20,000 words. Published novellas fall between 20,000-50,000 words, while novels can be anywhere from 40,000 plus, averaging 80,000 words. Length, however, is hardly what defines the difference. A novel has the scope for many characters, various settings, and complicating sub-plots or parallel stories (think symphony). A novella must focus on a few characters for a story that revolves around a single event or problem (think heart-break song). If I mention some novellas that you may have been forced to read at school, you will see this immediately: Steinbeck’s Of Mice and Men, Kafka’s Metamorphosis or Hemmingway’s The Old Man and the Sea. The Oxford Dictionary of Literary Terms takes “novella” back to the Italian for novelty and then the German Nouvelle.

In 2009 Quattro Books launched the Ken Klonsky Novella Contest. The Lebanese Dishwasher by Sonia Saikaley won in 2012. Born in Ottawa, Sonia Saikaley grew up familiar with Lebanese culture. Living between two cultures may have given her useful skills when she went to Japan in 2008 to teach English. The Lebanese Dishwasher is a perfect example of the novella, as it deals with the repercussions of one event. The dishwasher, Amir, immigrated to Montreal during the civil war in Lebanon. I like the book for showing us the daily life of a person we wouldn’t notice – the dishwasher in the back of the restaurant and the woman he shares the house with. The narrative switches back and forth between his youth in Lebanon and his adult life in Montreal, often using the device of an object, such as the Turkish delight crammed into the unhappy boy’s mouth, followed by a Turkish delight in Canada ending a meal that has made the adult Amir miss the cooking of home. Through the flashbacks we learn that Amir represses his gay desires because he was raped by a neighbour.

There is much that is painful in this novella, yet I found myself wanting more. The war is conveyed in a few passages which are both striking and confusing (as it is told from a child’s point of view).

Fortunately, Saikaley promises that more is to come, as she is revising her next novel – a love story set during the Lebanese Civil War. She has also published a book of poetry with Tsar Books: Turkish Delight, Montreal Winter.
Her fiction and poetry have appeared in Still Point Arts Quarterly, Things Japanese: A Collection of Short Stories, Maple Tree Literary Supplement, and the anthology Lavandería – A Mixed Load of Women, Wash, and Word. She is a graduate of the Humber School for Writers and the University of Ottawa. Read more about Saikaley in this interview, or this one on tumblr, or on this award-winning Ottawa blog.

Despite their concision, novellas have been turned into films, perhaps because of the power of the compact story: Conrad’s Heart of Darkness, James’ The Turn of the Screw, and of course Stevenson’s Dr Jekyll and Mr Hyde. Feel free to name more. 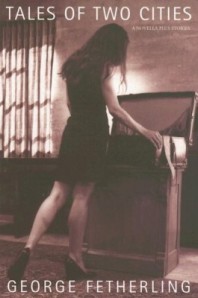 George Fetherling wrote not only the above novella but also an essay on the form.