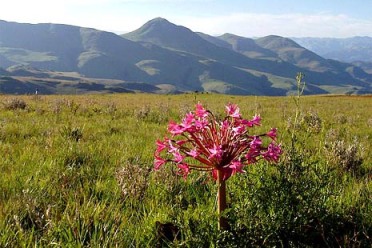 Malolotja (The Kingdom of Swaziland)

Barbara Sibbald is the first writer to take part in the CWA mini interview, a new series that looks at why writers leave their desk to travel. She earns her living as an award-winning investigative journalist and news editor at the Canadian Medical Association Journal, one of the world’s leading medical journals. Outside of work hours, she writes fiction. Regarding Wanda (Bunkhouse Press, 2006) was short-listed for the 2007 Ottawa Book Award.The Book of Love: Guidance in Affairs of the Heart (General Store Publishing House, 2011) melds self-help and fiction. Sibbald has also published short stories in literary magazines such as The New Quarterly and The Antigonish Review. She recently completed her third novel.

After three years of medical editing, I felt an urge to return to my journalistic roots.

In late September 2012, I went to Swaziland to research and write about their health woes: Swaziland has the highest per capita rate of HIV in the world: 34% of adults aged 15–49 are HIV positive.

After days of inhaling dust in the southern part of the country, I caught a whiff of an intoxicating barbecue. A nurse I was touring with took our gang of five to a “Butchery” where we chose our hunks of meat – I’m talking as big as your head! We bought three huge steaks, plus about three feet of coiled sausage, which were plopped unceremoniously on a plastic plate. My pal headed outside; beside the shop there was an open-sided shed with a barbecue pit inside. A couple of guys were turning steaks. I assumed they were minding the place, but no. My nurse friend coated the meat in salt, then slapped it on the rack, turning it regularly with a straightened coat hanger. A small woman fed wood into the fire as the men yakked and turned their meat in what was really communal barbecuing. When the meat was done, we headed back inside the Butchery, to some picnic tables in the back that I hadn’t noticed before. We were given two giant plastic bowls of pap (maizemeal porridge) and a knife to cut the meat.  I have to say, that was the best steak I’ve ever eaten.

I interviewed 32 people in just eight days for my articles, but one woman definitely stands out: Sylvia Khuzwayo. Sylvia was one of the first expert clients for Médecins Sans Frontières/Doctors Without Borders (MSF)  in Swaziland. The country has a severe doctor and nurse shortage, so expert clients fill in the gaps by following up with HIV-positive clients and those with tuberculosis, to make sure they stay on their meds. Expert clients know what they’re talking about because they’re HIV-positive as well.

Sylvia told me her story:

On Valentine’s Day in 1998, Sylvia’s husband died. Later, she found out he had AIDS and that she was HIV-positive with a CD4 count of 210, well below the threshold for starting antiretrovirals (ART). Her doctor wasn’t going to tell her because she didn’t have the money to buy drugs.

Sylvia was outraged. As a waitress with three children to support, she couldn’t afford ART, so she overcame her fears of stigma and discrimination and told her family and friends that she was HIV-positive and needed help. She lost some friends, who were afraid people would think they were positive as well (infected by association), but other friends came through with money. She began ART in 2001.

Sylvia’s initial outrage and subsequent decision to go public prompted her to launch a career as a counsellor. In November 2008, MSF hired her to recruit and train expert clients in Shiselweni, the hardest hit of Swaziland’s four regions.

Expert clients know first-hand what it is to be HIV-positive and to take ART.

“[We] are the key to reducing stigma because clients see someone who is positive and healthy then they believe than can also live a healthy life,” says Sylvia. “I’m still on first-line treatment after 11 years. Some have challenges with side-effects. I show them how I coped. They can hear it from the horses’ mouth which is a great thing.”

Today, 44-year-old Sylvia is the community psycho/social supervisor in one of three zones of the Shiselweni region, looking after 12 community expert clients. They work at the community level, conducting campaigns, meeting with chiefs and other leaders and working with patients living in remote areas, among other things.

“It’s here,” she says, tapping her chest. “As a long survivor I can show people you can live with treatment. Without treatment you die in 5 years. I am giving them hope.”

The worst part was the suffering. I talked to a six-year-old girl who was co-infected with HIV and TB and had undergone a horrific drug regimen. She told me she wanted to be a soldier when she grew up, but I wondered if she’d have the chance to grow up. And even if she did, she wouldn’t have the chance of an education. Publically funded education ends at grade three and her mother was sick and unemployed; her father long gone. Her prospects seemed really dim.

The best part was getting to know my flat-mates at an MSF house in Manzini. There were three physicians and one nurse: all men, all expats (mostly African). They were so welcoming and entertaining. They cooked for me, told me their stories and shared their wine. We really had a fabulous time together.

Barbara Sibbald with flatmates in Manzini.

I wrote eleven articles about Swaziland: seven for the CMAJ (where I’m an editor), one for the Ottawa Citizen, two for MSF publications and one for The Lancet (on new HIV-prevention pilots). I didn’t finish the last article until January, so it was quite the haul, but completely worth it.