January 28, 2013, was the 200th anniversary of the publication of Jane Austen’s Pride and Prejudice. There was a readathon in Bath on the day, and by Jane Austen societies elsewhere in the world, with live streaming. Famous people read the book aloud, and in the media famous people talked about it. Such as Helen Fielding, the author of its modern day version, Bridget Jones’s Diary, and Joanna Trollope, who is one of six authors writing modern versions of Austen’s novels for release in 2013. 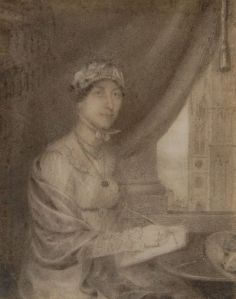 So how does this relate to Canadian writers who go abroad? Challenge accepted. Ray Smith is the author of The Man Who Loved Jane Austen. Smith grew up in Mabou, Cape Breton, and has retired there after spending most of his working life in Montreal, teaching and writing. And yes, he went abroad. In an interview with John Metcalf on August 17, 2011, in Canadian Notes & Queries, he says he wanted to go from high school onward: “Real history was Europe, Plato to NATO, and the cultivated mind spent a lifetime fleshing out the time-line. Because of this and because Halifax is a naval and merchant marine port, I looked across the North Atlantic for intellectual riches. My back was to North America. From grade seven or so, I yearned for Europe. Because I had little talent for languages, that obviously meant Britain.”
He went to Toronto and worked at IBM to pay off debts and save for the trip. When he had enough money, he “booked passage for Michael [his poet friend Michael Kennedy] and myself on a freighter from Halifax to Avonmouth, the port of Bristol. About a month before departure, I met Lorna, a nurse; five days before I was to leave Toronto we decided to get married.”

Marriage did not keep him at home: “I added Lorna to the booking. We took the train to Halifax, partied for a week, then boarded the ship, a Norwegian freighter with accommodation for six passengers. Lorna’s sister Lynda was making a living as a folk singer in London, and we stayed with her in her Hampstead bedsit. After a few weeks of pubbing and seeing the sights the three of us embarked on a tour – Edinburgh, St Andrews, Skye, Belfast, Dublin, and back to London.” He loved London, but the trouble was earning a living in the post-war hard times, so he and Lorna decided to move on.

“Everyone was enthusiastic about Ibiza in those days: you could live for a year on the cost of a week in London. Heating not needed, wine at tuppence a litre, fish and other seafood the same. Lorna and I decided to give it a try; Michael preferred to stay in London and returned to Halifax after a few months. I bought a typewriter (at a shop very close to 221b Baker Street) and a week or so later we arrived in Palma, Majorca. We were expecting a sleepy fishing town; the week we arrived Palma opened its one thousandth hotel and Kwame Nkrumah was there to judge the Miss World contest. We looked at our money. I was beginning to accept that I was simply too middle class to adopt the survival tactics of the English enthusiasts for the frugal life.” So they spent the last of their money on their BEA trip home to Toronto.

Smith may have not been comfortable staying, but he did go home with a manuscript: “I had already begun a novel during a brief stay in Villacarlos in Menorca. Lorna and I made a deal that she would nurse and I would write, planning to finish the novel in one year. Then we would see.” He saw his way to some fine novels, including Century, A Night at the Opera, and Lord Nelson Tavern. Elsewhere in the interview he talks about Austen’s novels: “In the surviving draft of the final two chapters of Persuasion, we can watch Jane Austen working through her scenes. In an almost telegraphic compression, she lays out the sequence of Anne Elliot’s thoughts; the precision is almost brutal…” Of Pride and Prejudice, he says, “…why must a novel progress as Pride and Prejudice does? Elizabeth Bennet’s struggles are forever young, the novel a living delight no matter how many times one reads it. But a form which doesn’t change is dead.” I hope the Austen zombie imitators heard that – a form [that would be the novel as Austen plots it] that doesn’t change is dead.

Although Smith confesses that he thinks The Man Who Loved Jane Austen to be his weakest novel, he explains its starting point, which is lovely and makes me want to read the book: “I had long had a picture in my head of Christmas shopping on St Catherine Street, of stopping at the corner by Ogilvy’s and seeing Mount Royal in snow, lit from beneath by the lights of downtown, somehow a magical vision, so I started there.” In the interview, he discusses his novel’s autobiographical elements from the fictional, and seems embarrassed about Frank’s Quebec nationalist in-laws. Then he returns to Austen: “The only stylistic aspects worth noting are that I stole Aunt Norris from Mansfield Park for Mrs Hatcher, and I relentlessly excised every blithe phrase, every hint of brio, keeping the prose flat and tight just as Frank must always keep himself in control.”

I am heavily relying on this CN&Q interview because it was the only one I could find. That life abroad did not agree with Ray Smith is, I think, an important aspect of the story of Canadian writers abroad. Later he went abroad again, travelling to Venice and Germany for research, to other cities on a book tour, on ski trips. Smith was named as one of ten underrated Canadian writers in the National Post’s “Flying Under the Radar.”

Is Ray Smith the only Austen tie in? No indeed. A descendent of Austen’s brother James lives in Canada. And she writes books. Not only is Joan Austen-Leigh the author of Invitation to the Party and Stephanie, among others, she has also written plays as Joan Mason Hurley, and co-founded the Jane Austen Society of North America. Very productive compared to her great aunt. Must be the Canadian diet and fresh air.